Palakkad district has its unique characteristics. The fort of Hyder Ali tells us the story of Mysore invasions and the advent of the British to this part of the country. The Victoria college started in 1886, marking the beginning of higher education in Malabar. The Jain temple near Chunnamputhara speaks of the generosity of the king of Palakkad, who provided shelter to the people who escaped the religious persecutions.

The ancient history of Palakkad is shrouded. According to William Logan, the author of the Malabar Manual, the Pallava dynasty of Kanchi might have invaded Malabar in the second or third century. One of their headquarters was Palakada, which could be the present-day Palakkad. Malabar had been invaded by many of the ancient South Indian rulers. For many centuries, it was ruled by the Perumal's. They had under them some powerful Utayavars who held authority in their respective territories. After the rule of the Perumals, the country was divided among these chieftains. The Valluvakkonathiri (ruler of Valluvanad), the rulers of Vengunad (Kollengodu Rajas) and Sekhari Varma ( Raja of Palakkad) were the prominent rulers of this region after the Perumals.

When the Zamorin of Kozhikode (Malayalam: Samoothiri സാമൂതിരി , Portuguese: Samorim, Dutch: Samorijn, Chinese: Shamitihsi) invaded Palakkad in 1757, the raja of Palakkad sought the help of Hyder Ali of Mysore. Hyder Alis's support forced the Zamorin to retreat. Later Hyder Ali subjugated all territories in Palakkad which were under the possession of Zamorin. Thus the whole area possessed by the Raja of Palakkad passed into the hands of the Mysore rulers Hyder Ali and his son Tippu Sultan. The war between Tippu and the East India Company ended with the treaty of 1872 and all the possessions of Tippu in Malabar were ceded to the British. Gradually these formed part of the Malabar district of the Madras Presidency.

Donate blood and give life... 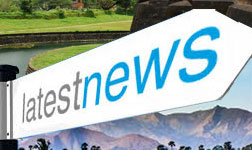 Events and news from Palakkad...